Data visualization is more popular than ever. With modern tools, anyone can create complex charts; it’s also easier than ever to choose the wrong way to visualize data . While the consequences of using a pie chart instead of a spider chart aren’t dire in a high school powerpoint, mistakes can be much more costly in a professional setting.

Successful examples of data visualization make it easy to understand the complex data being displayed, as well as making trends and patterns easier to spot.

Whether we realize it or not, we are constantly exposed to data visualization. The nutritions table on the back of a pack of cookies, an infographic about puppies on Twitter, or a bar chart that breaks down your business’ monthly sales in 2016, these are all examples of visualizations in the real world. Data visualization can also be international; making insights understandable, regardless of the viewer’s understanding of language.

Data visualization is a key part of our lives, and if done incorrectly, it can lead to far worse than an upset designer. Someone with diabetes needs good data visualization to make important dietary decisions. A CEO might use a chart of forecasted sales to decide whether the company can afford to keep hiring. 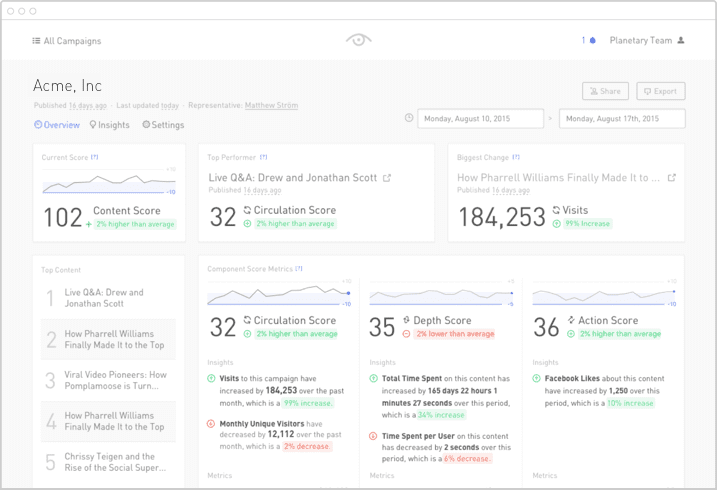 Data visualization enables you to tell a story about your data, and every good story needs a well-defined setting. For data visualization, the setting is the type of graph: do you use a variable width bar chart? Or maybe a line graph, or maybe even a slope chart? Answering this question is daunting, but with a step by step method, it is less intimidating.

First, decide what you want to do with the data.

You usually have four options : visualizing how your data points compare with each other, how they are distributed relative to each other, how they are related , or how your data is composed. Once you conclude which of the four best achieves your goals, other necessary research is a lot easier. If you want a quick answer, use a tool like WhichGraph.com to figure out what chart type works best.

Next, before you implement your visualization of choice, make sure that it accommodates all your characters: variables.

Why is all this effort worthwhile? Spending so much time researching can seem wasteful when it’s so much easier to just select a row of data and insert the prettiest graph option. As I’ve said many times, data visualization has consequences! Here are a few potential outcomes if things don’t go to plan:

You found a really cool looking graph that you’d like to use in your next presentation. Unfortunately, you have a rather large and complex data set. “Oh well, as long as it looks pretty,” right? Graphs and charts can be rather difficult to figure out when done correctly, so messing up their structure will often lead to a severe lack of understanding. This is especially true when, for example, a pie chart is used to display a huge amount of data. The chart below looks cool, but is almost impossible to read. Not only are there far too many similar colors, there are too many variables, as well. It’s almost impossible to tell how one sliver compares to the other. 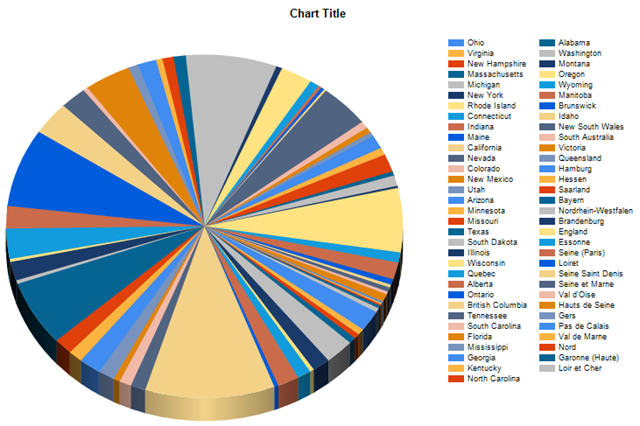 The correct usage of this pie chart would be to show how much of the total beer market one brewery owns. 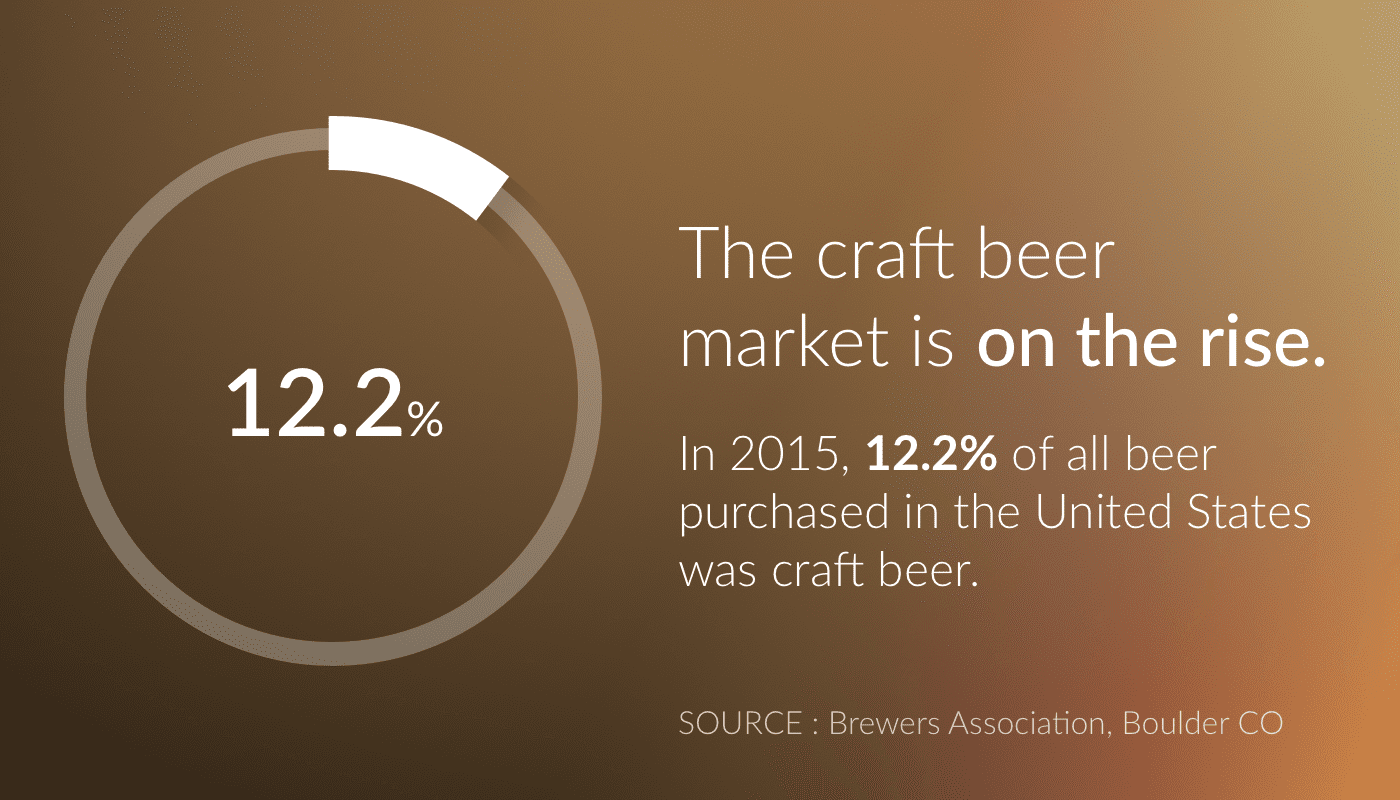 Worse than not understanding at all, someone reading your chart might be mislead by the data. Even if you’re showing data truthfully, visualizing it the wrong way can lead to different interpretations.In a professional environment, misunderstandings can harm people, both financially and physically.

The chart below isn’t being dishonest about the data, but it is misleading. Note how the X-axis starts with one year intervals, switching to quarter intervals in 2013. At a glance, it looks like the non-performing loans are slowing down, until you realize that if 2013 was combined into one interval, the opposite would be apparent.

It’s often tempting to default to your favorite data visualization, but be conscientious of the fact that different data types require different solutions. For example, displaying ice cream sales data from one week in a spider chart might insinuate that it’s a cyclical pattern. Data like that changes over time, and should use a line chart to show that progression.

For instance, if an airline shows profits in a spider chart, investors might be mislead into believing that profits from a good year with low oil costs are regular and consistent.

Make sure that you’re highlighting the data you want people to be drawn to. If you have nothing to highlight, rethink your visualization. While we should be transparent and thorough about data, we should still respect a reader’s ability to comprehend. Highlight the data that is most relevant to the story you want to tell. Make the complimentary / secondary data available to those that want to dig in deeper. Choosing the right structure and graph type can help resolve this issue and keep from overwhelming your audience. 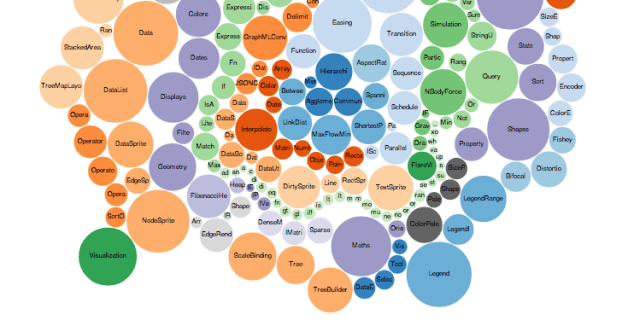 Large data sets tend to be, well, complex. Use labels and legends generously to guarantee that there aren’t any blind spots. It’s tempting to prioritise the looks of a chart over usability, and while that gradient looks beautiful, it isn’t worth much if it makes your chart harder to understand. This goes hand in hand with the previous consequence of not highlighting the relevant data.

The chart below illustrates how much revenue each person brings in . Not only are there no explicit values, the use of nested circles makes the entire visualization confusing. It isn’t clear which year is which, and the nested circles make me think that the total revenue is shrinking each year, or growing! This data would have worked better as a line graph, where the changes in revenue would have been more obvious. If you only wanted to show the values as a percent, a stacked 100% area graph could also get the job done effectively. 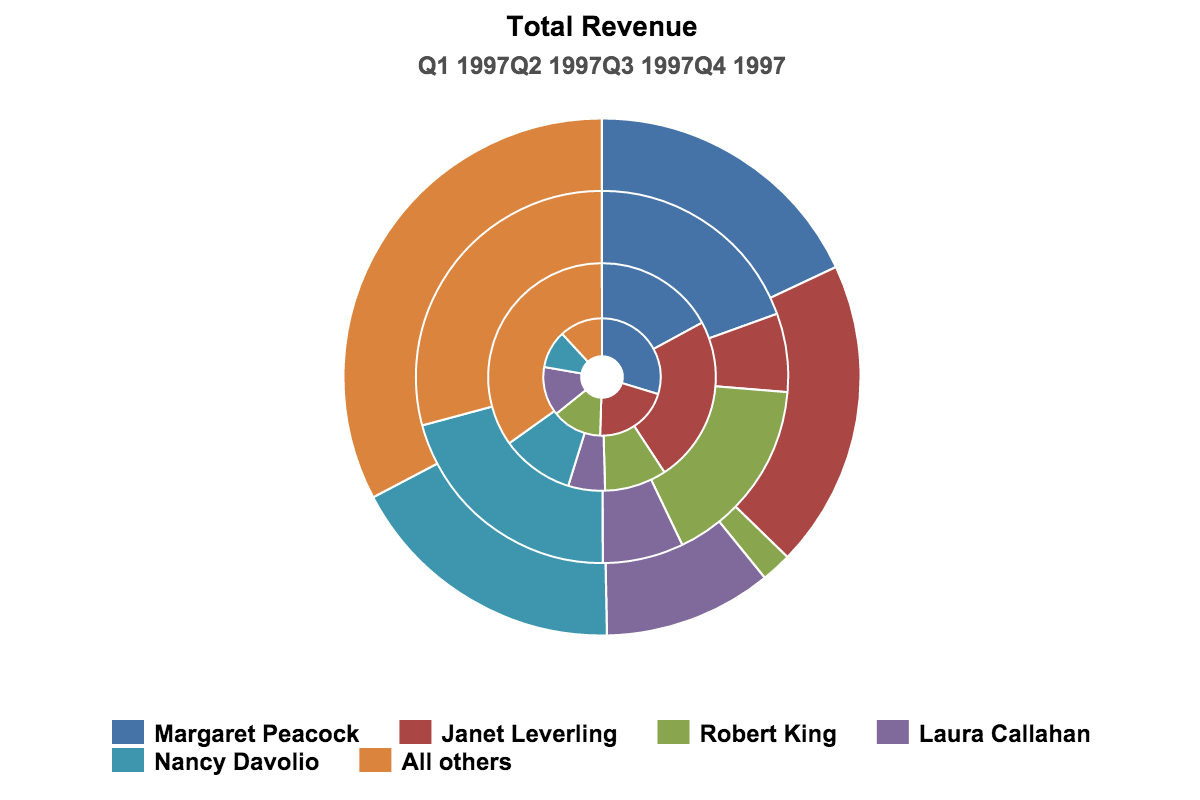 Choose the right graph and save the day

Tell the right story with the right characters and you’ll be successful. Keep it simple, make it easy for the reader to understand, and try your best to be transparent. This is just a small part of the art that is data analysis and visualization but luckily for most of us, it’s the part we’ll use most.

P.S : If you ever find yourself asking “which graph should I use?” like we do on a daily basis at Planetary, feel free to use www.whichgraph.com. We built it to help us answer that very question!